We are currently updating our online reservation experience. As we work swiftly on these enhancements, please choose from the following options to book your accommodations today:

Even four weeks after the season concluded for me in Kazakhstan, I’m in awe of this year’s journey. Most of you can probably agree that it has been nothing short of bizarre, and I find myself still processing while constantly facing new obstacles. I’ve learned a great deal this year about skiing, adversity, teamsmanship, myself, how viruses spread, and so much more. My 2020 New Year’s Resolution was to journal more, and part of me thinks it was fate that I set that goal, because I’ve easily completed three journals since then, each one overflowing with endless thoughts, events, and emotions. Most of that material won’t see the light of your screens, but simply putting pen to paper as often as possible helped me persevere, specifically through the challenges I faced during the ski season.

That being said, what a season it was! All said and done, I’m really proud of myself. This time last year, I fell into a mild postseason depression. Unfulfillment from the season consumed me; in a mere year I dropped from 5th in the world to 10th, and while there were a lot of factors that went into this statistic, I felt like I had so much more to give. I think a lot of athletes experience this after a contest season at least once in their careers, and the pandemic certainly didn’t help. I was craving to train. And while I couldn’t train conventionally, I did everything I could from the moment our team was forced to go home on March 13th, 2020. From that day on, I worked harder than I ever had in a prep season.

I learned to love water ramping and jumping, a part of the sport that I used to dread because I had previously convinced myself I could never be an exceptional jumper. I proved myself wrong, and while I still have work to do, I learned four new tricks that summer, brought them all from water to snow, and competed with two of them (the other two will be comp-ready next year!). I worked extra hard on my mental game, meeting with my sports psychologist more than I ever had. I did countless “home-workouts” and broadened my horizons in life by learning how to play the ukulele, picking up mountain biking and fishing, and learning to drive stick-shift. It was tough work, and there were many barriers built by COVID. We only had one on-snow camp from March to November (typically we have 5); my friendships were tested constantly, both within and outside of my team; and every moment of every day the threats of getting sick, our season being cancelled, getting quarantined, losing the chance to train, and getting someone else sick haunted us. Yet, I ultimately made the choice to make everyday the best it could be. I made the choice to turn 2020 into an opportunity to persevere and emerge as a better athlete and person. 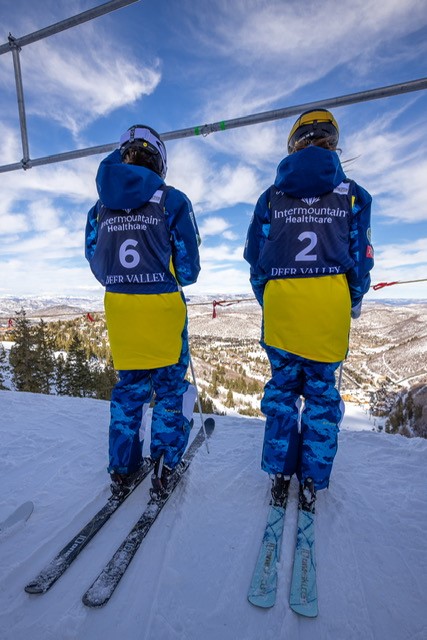 By the time the competition season arrived, I was ready. More ready than I ever had been. I had an entirely new competition run (featuring my favorite trick: backflip venom grab), and I genuinely felt like a reformed athlete. I finished 1st and 2nd in the very first competitions of the year in Sweden, and even though they weren’t World Cups, I was utterly proud of myself. We travelled back and forth from Sweden and Finland four times (driving each way to avoid the added exposure of airports) in November and December and successfully competed in those two events and three World Cups. Even though we were strictly bubbled as a team and COVID tested at least once a week, we felt like the luckiest people to be traveling the world and pursuing our dreams again.

After Christmas, events got cancelled left and right. We trained and trained for all of January until finally we got to compete at the Deer Valley World Cup. It was strange not to have a massive home crowd cheering us on under the lights, but the magic was fulfilled in a whole different way: I was part of the first USA Dual Moguls podium sweep! It was February 5th, and after the morning our team had, a sweep was the very last thing anyone was anticipating. I had a horrible crash on my second training run, bruised my back fairly badly and nearly pulled out of the event. Our men’s team had several dreadful crashes in the early rounds, one resulting in a season-ending injury, and my teammate Hannah Soar (she finished 2nd that day) was battling chronic leg pain all day.

To say the least, the outcome of the day was made only sweeter by the hardships we overcame. Our women’s team has been talking about a sweep for almost three years now, and it was only a matter of time. We’ve been the best women’s mogul team in the world for three years straight, and each of us is passionate, resilient and full of grit. Our camaraderie is unparalleled because we recognize that in an individual sport, teamsmanship plays a much bigger role than one might expect. Our support for one another promotes the success that we’ve had and will continue to have, because seeing my girls do well only inspires me to do the same. It was a dream come true to stand on the podium next to two of my best friends, all three of us dressed in the same USA uniform proudly waving the stars and stripes behind us. While it was Kai Owens, Hannah Soar and I that day, it could have been any of us.

Ironically, the toughest adversity I had yet to face came after this event. In hindsight, it all started that very morning on the duals day that ended in triumph. World Championships in Kazakhstan were being held in early March, so we planned on training until then. It took me several weeks to recover from the physical and emotional stress that I endured at the Deer Valley World Cup, though, and during that time I was faced with multiple COVID logistical situations, all three of which drained nearly every ounce of emotional energy I had. I recently learned about the phrase, “emotionally expensive”, and my experiences during this time were, to say the least, very emotionally expensive. The drama eventually passed, everyone was safe and healthy, and I had a productive training camp leading up to World Championships. This was my second World Champs, and I was psyched.

I had big goals, especially in singles since I still hadn’t quite put my finals run together the way I wanted to. Unfortunately, the trip turned out to be a mess from start to finish. Traveling to Kazakhstan is no easy task, and by the time we competed I still hadn’t physically recovered from the 36 hours of travel, so both my singles and duals days were slower than normal. My legs felt like jello the entire week, and I just couldn’t muster the energy to ski the speeds I needed to earn a medal. In spite of my jello legs, I’m proud of my performance; I finished 11th in singles (my only result outside the top 10 all year) and 5th in duals, the highest USA World Championship finish. After the event things went even more south for our team: we had our first positive COVID case all competition season. Even though it was just one case, our entire team was quarantined as close-contacts. The situation was very sticky, and you can imagine being quarantined in Kazakhstan for an indefinite amount of time is really scary. But I feel ultimately very fortunate that this was our only COVID case all season, plus I was in Kazakhstan an extra four days, and thankfully we all made it home safe and sound eventually. Plus, our team walked away from the season with the Nations Cup, a huge team goal of ours, both Rookie of the Year awards (Kai Owens and Nick Page), and four women in the top ten ranked 3-6. I am currently ranked 6th, and while I want that crystal globe with all my heart, I have more work to do. In the meantime, I’m proud of myself and my team for everything we did achieve, in less than half the typical amount of World Cups during a pandemic. 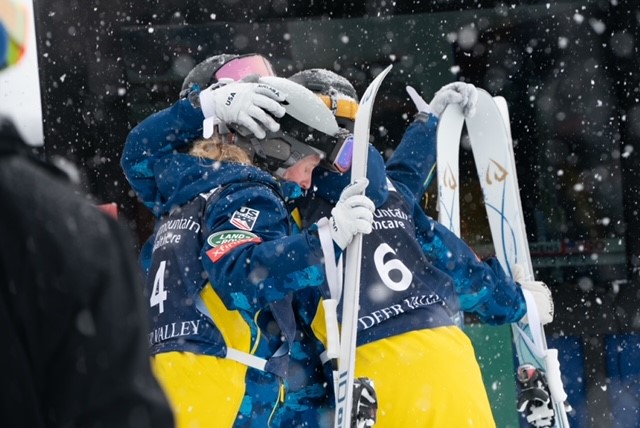 To come full circle, I’ve learned a lot. I’ve learned that there are many uncontrollables and unknowns; when you think you know what’s happening tomorrow, a pandemic hits. I’ve learned that this uncertainty can be daunting, crippling even. And I’ve learned that it’s easy to blame things on those uncontrollables and unknowns, especially when it’s something like a pandemic. But the most crucial thing I’ve learned is that there are SO MANY MORE things that we CAN control. In our preparation and our responses, we can control a great deal of our lives. This season was challenging and fun and scary and beautiful, but as my mom has told me since as long as I can remember: it’s not what happens, it’s how you deal with it.

I’m amped for this upcoming year. It’s a big one...the 2022 Winter Olympic Games are less than a year away, and while there is a lot that will be out of my control, I’m focusing on what I can. A MASSIVE thank you to everyone who played a part in making this season happen for us skiers; there was a huge effort made behind the scenes and this blog would be a lot more boring if it weren’t for them, to say the least. Thanks for all the love and support from my sponsors, agent, friends, family, and teammates. I wouldn’t be where I am today without everyone who is on this journey with me, near or far. 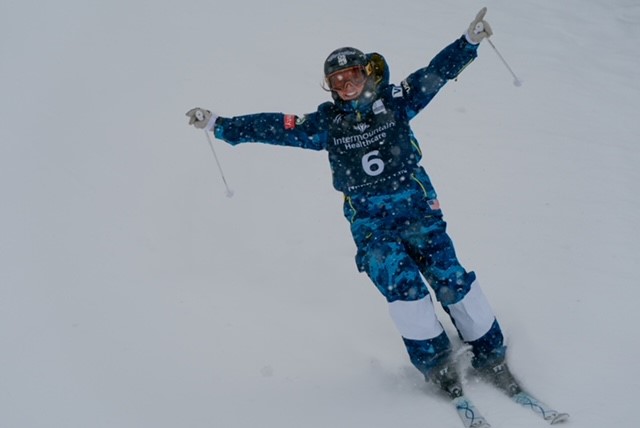